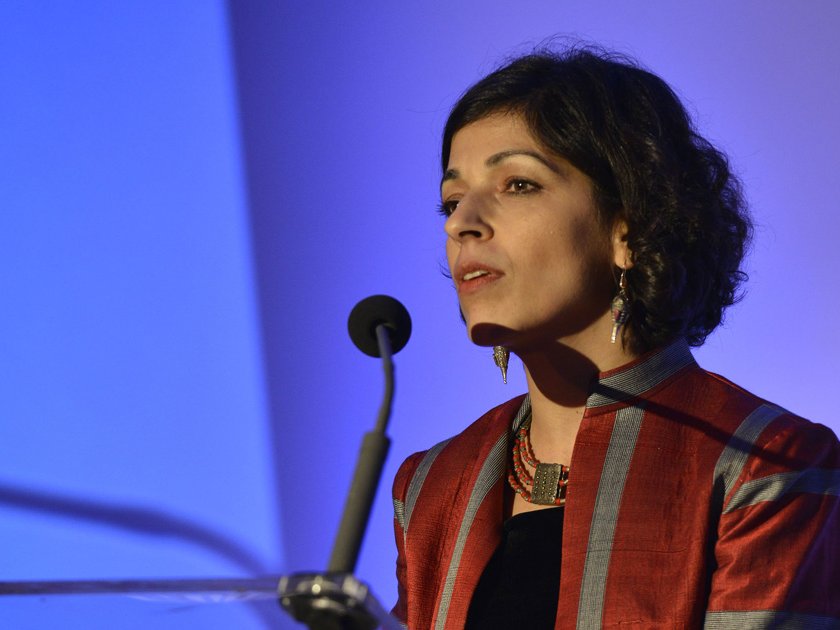 Women can be strong partners for United Nations peace operations by improving access to communities affected by extremism, according to Rina Amiri, senior research associate at Princeton University.

“These actors have access to vital information,” said Ms. Amiri, who was formerly a member of the Standby Mediation Team for the UN. “They have key relationships with elements within the community to be able to advance some of the priorities that the UN and the international community are trying to address.”

Speaking to Marie O’Reilly of the International Peace Institute, she said that the international community needs to create more space for women that are already leading work on the ground, and figure out how to leverage and engage with them as partners.

She noted that women in places where, for example, religious extremism has taken hold, are engaged on the ground and working with religious leaders and with communities, mediating and negotiating on very contentious issues.

“[They] partly have had to do that in order to be able to even address their own basic challenges from mobility issues to being able to get access to water, get access to educational facilities.” Ms. Amiri said.

She cited the example of Syria, where women have been working to provide basic services, conduct human rights monitoring, and work with the religious and traditional communities.

“Those relationships create a broader space for other community members.” This interview was conducted on the sidelines of the Independent Commission on Multilateralism’s retreat on women, peace and security, held on June 19-20.

I think we, particularly in the last 20 years, have seen some significant changes. Twenty years ago we were looking at state actors and perhaps one or two non-state armed actors where there was centralized control and where their demands were clear. You had civil society, but they were not playing the robust role that they are playing today.

Now you have a proliferation of not only armed non-state actors but in addition, non-armed non-state actors and they are playing a key role in addressing some of the fundamental issues that we are facing, from the security challenges and the narratives from the extremist groups in Syria to Nigeria to Somalia to Afghanistan, and there is a tremendous potential to engage those actors. I think when we were talking about the women, peace and security agenda 20 years ago, there was a tendency to look at them as victims and now there is an increasing recognition that they can be agents in terms of addressing the peace and security challenges we face.

In your experience, what roles are women already playing on the ground to counter extremism before it becomes violent and what can the international system learn from them?

Women in most of these places that I noted where religious extremism has taken root, even prior to it becoming a source of concern to the international community, are engaged on the ground and are working with religious leaders, working with communities, mediating and negotiating on some very contentious issues, and partly have had to do that in order to be able to even address their own basic challenges from mobility issues to being able to get access to water, get access to educational facilities.

And that type of activity, that type of experience now has really been something that they have had to use at a much larger scale and when, for example in Syria, where I was working with activists, women have been doing everything from working to provide basic services, to doing human rights monitoring to working with the religious community and the traditional community in order to be able to make a case for a much more moderate stance on these issues, and through those relationships creating a broader space for other community members.

In light of this work that is being done on the ground, what do you think the international approach should be by the UN, or by its member states, donors, and others—how can they complement these roles?

When it approaches, for example issues of inclusion, for the UN and the international community, there is a tendency to look at it just from an equity point of view, and while that is important, I think that what needs to be recognized is that these women and civil society actors are actually very strategic assets and they can be partners in helping the UN get better access and go to places it cannot because of security and mobility constraints. These actors have access to vital information, they have key relationships with elements within the community to be able to advance some of the priorities that the UN and the international community are trying to address.

If we look forward now to the coming 15 years, how do you think the women, peace and security agenda can be revitalized in light of this changing landscape of security and peace and also in light of the work that is already going on and that women are already leading on the ground?

I think we need to identify how to create more space for them—they are already doing the work that they are doing—how can we leverage that and how can we engage them, not just as recipients of aid, recipients of assistance, but actually as partners who can work with us in order to make us much more effective in the work that we are doing.

Rina, thank you so much.

Thank you very much.