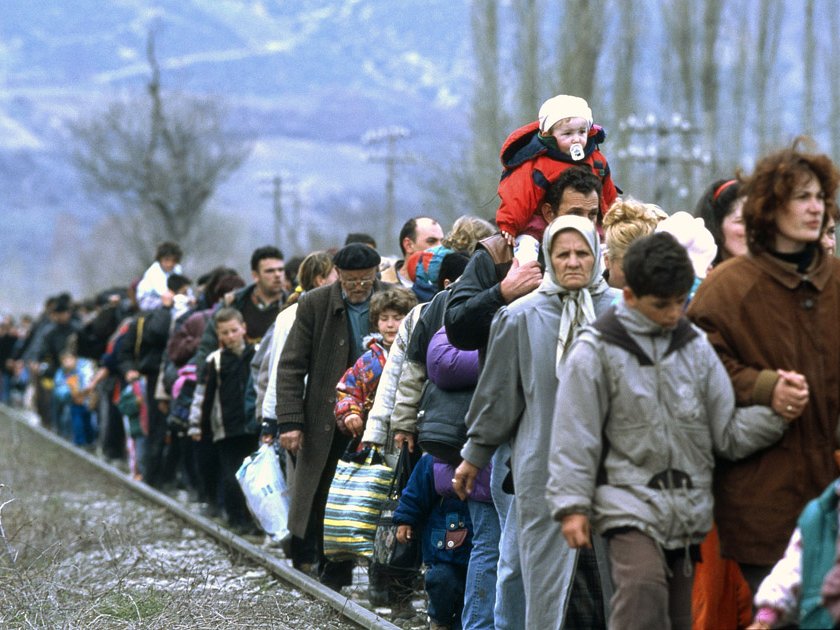 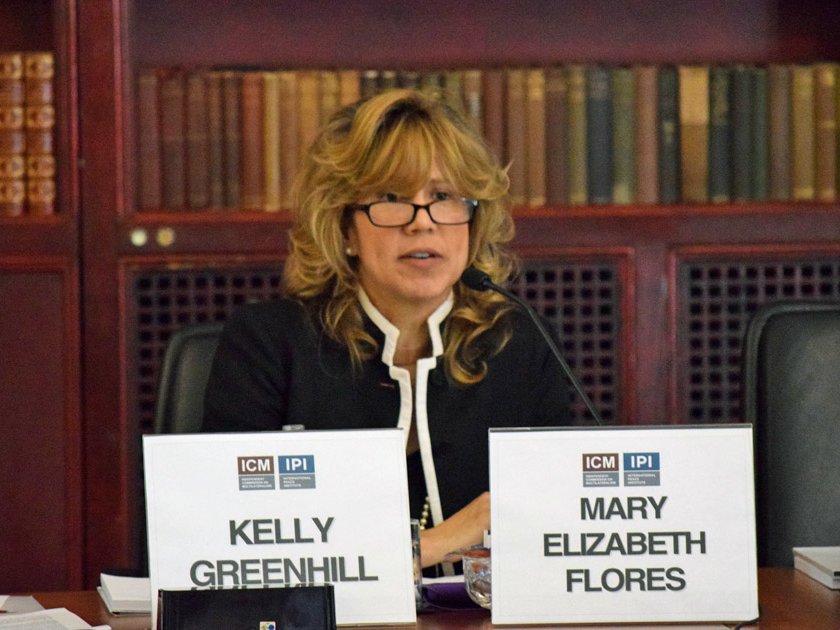 Libya’s former dictator Muammar Gaddafi was unpalatable to the West, but since his removal, Libyans fleeing the resulting chaos and unrest have reached alarming proportions. “Sometimes the best of intentions can lead to greater chaos, destabilization, and dispossession of people,” said Kelly Greenhill, associate professor and research fellow at Tufts and Harvard Universities. In this interview, Ms. Greenhill also discusses her book Weapons of Mass Migration, where she looks at how weak actors have used migrants and refugees as pawns in conflicts.

This interview was conducted by Nadia Mughal of the Independent Commission on Multilateralism as part of a series of interviews done on the margins of ICM’s sixth retreat, on forced displacement, refugees, and migration, held on July 10-11.

Your book, Weapons of Mass Migration, examines the idea of how nations and non-state actors use forced migration as a non-military instrument of coercion. Can you talk a little more about it?

Quite often this a tool that’s used by actors that are, relatively speaking, weaker than their targets and the threat to use demographic bombs or use people as weapons can help, unfortunately, level the playing field and give weak actors a sense of leverage to pressure target states in a way that allows them to punch above their weight from a strict capabilities standpoint. Unfortunately, this means that some of the world’s most vulnerable populations end up being pawns in this game between states and their targets.

In the discussion earlier, you said that chaos and unrest, in part, driven by the removal of bad actors, such as dictators, plays a part in the migrant crisis. Can you expand on that?

There are situations where actors who we might find politically unpalatable nevertheless are able to keep areas stable, and when such actors are removed from power, it can create power struggles among those who are left; it can remove the security apparatuses, permit generalized and specific chaos and conflict to erupt.

In the case of the removal of Gaddafi in Libya, despite his many unpalatable characteristics, Gaddafi did play a significant role in regulating migration flows across the Mediterranean, and once he was removed from power, another source of control over the flows across the Mediterranean also disappeared. In addition, there were weapon transfers from Libya to other parts of North Africa, including most recently to Boko Haram in Nigeria. We also know that some of the fighters who fought in the Libyan War then went elsewhere in the region, including the Tuareg fighters who ended up being principal drivers behind the rebellion in Mali. Sometimes the best of intentions can lead to greater chaos, destabilization, and dispossession of people.

You mentioned that states that have ratified the 1951 Refugee Convention do not necessarily open their doors to refugees. How do we address these contradictions?

It’s difficult because states ultimately can claim security and sovereignty-related reasons for failing to treat folks as refugees. They can also simply claim that one or another group is not a refugee, or a group of refugees, but rather simply migrants—thus absolving themselves of having to bear any responsibility for treating people as refugees.

One thing that states, non-state actors, NGOs, and international organizations can do is to point out the disconnect between signatories’ behavior and signatories’ commitments and what they actually do. I actually talk about this in Weapons of Mass Migration—I refer to this phenomenon as the “imposition of hypocrisy cost,” demonstrating the disparity between a stated commitments and actual behavior. While hypocrisy costs on their own are rarely sufficient to change the state’s behavior, they can be an effective force multiplier that can help, on the positive side, to encourage states to do the right thing. On the negative side, because coercers know that international organizations will sometimes impose hypocrisy costs, it can also increase the probability that coercion will succeed because would-be coercers can create migration crises that they know will put target states between a rock and a hard place.

Ultimately it’s impossible to both reject a particular group and accept a particular group, and many within target states are divided as to whether or not, or not sure how they feel about any given group of refugees or migrants. Politicians often find themselves in a situation where it’s easier to give into the coercers demands to make the problem go away, than trying to somehow find a way to both accept and reject a group, which is fundamentally impossible.

The existence of hypocrisy costs can be helpful from a humanitarian standpoint, but they can also help coercers engage in successful coercion. This is a problem that’s far more common than is generally recognized. There’s been approximately one case of attempted coercion, on average, since the signing of the 1951 Refugee Convention, which is pretty significant, and when the tool is used, it tends to be at least partially successful about three-quarters of the time. It might still be a pretty ineffective tool of coercion in that it may only be used by actors who are pretty sure that they’ve got a vulnerable target in their sites, but when it is used, it tends to be relatively successful, tragically for the victims.